Call today in support of expanding broadband in West Virginia! 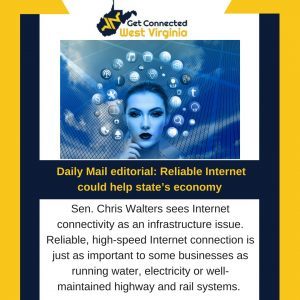 Both Broadband bills have made it to the house, and it’s now easier than ever to reach out to your representative thanks to the new Parachute app.

Simply click here, and you will instantly be connected to your delegate by just entering your zip code.

Let them know that West Virginia cannot afford to keep falling further behind in Broadband competitiveness.

Let them know our students, businesses, caregivers, and economy cannot continue to fall further behind from lack of connectivity. 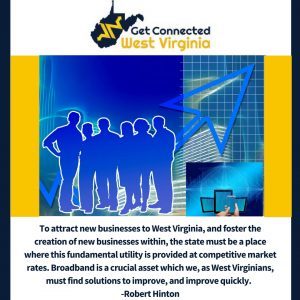 Step 1. Identify if your Senator is listed below.

Look at the list below of all the Senate Committee on Government Organization Members. If you see the Senator for your County, prioritize calling them. Senators are specifically interested in hearing from their constituents and it is important for them to know you want them to vote “yes” on on bills supporting expanded broadband capabilities in West Virginia.

Step 2. Call Committee members urging them to support Bills like SB 315 and SB 16.

Prioritizing members representing your district, call as many members as you can from the list below. Feel free to use the below script to get you started.

“Hello, my name is __________, and I [am a young professional/small business owner/entrepreneur/teacher/etc.] in [county]. I am calling to urge the Senator to support expanding broadband capabilities in WV, and giving WV the fastest and most affordable fiber optic backbone in the United States.  When we rank 48th in the country in broadband competitiveness, we lose our state’s best and brightest who are looking to grow businesses in states with this type of access. Broadband access provides the foundation for modern economic development that is so critical to keeping the next generation in West Virginia. Will the Senator be supporting SB 315 and SB 16?”

If “no”: “I hope the Senator will reconsider on behalf of West Virginia’s future. Thank you for your time.”

If “undecided”: “I understand that we are working within a tight budget and with those constraints, it’s more important than ever to prioritize bills like SB 315 that provide such a high return on investment. With a cost of just $78 million, this bill is estimated to create 4,000 jobs and increase the state GDP to $919 million just one year post completion of the proposed open source broadband middle mile. I really hope the Senator supports this legislation that is absolutely critical to West Virginia becoming a top destination for entrepreneurs and Millennials to live and work.”

On February 11th, Senate Bill 315 will be heard in Senate Committee on Government Organization.  Make sure you let your representatives know that you support broadband expansion in West Virginia.  The committee members are:

Internet, and specifically broadband and high-speed internet capabilities are critical to the future of West Virginia. Internet Service Providers (ISP)'s in our state have been unable to supply speeds necessary to ensure our children, businesses, and aging population have access to the resources they need to thrive. It's time to let our representatives know that we believe broadband and high-speed internet capabilities are necessary for the future of WV, and that it's time for them to act.

Complete this SURVEY to help us gather data for legislators to improve our connectivity before we fall too far behind.